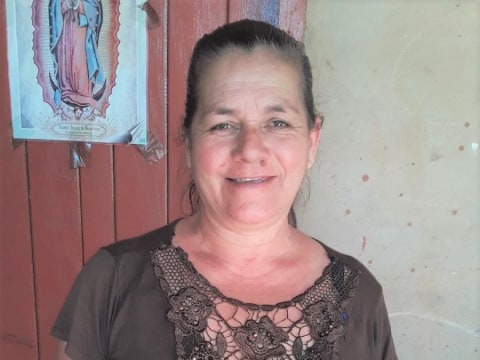 A loan helped to buy drinks, bread, vegetables, fruits and other products.

The “San Rafael” group was formed by friends and neighbours from Ciudad del Este coming together. Their aim is to grow, not only in financial terms but also as people. They are also part of the Poverty Stoplight programme, fighting to lift themselves out of poverty.
Josefa is one of the members. She makes a living from the modest shop she runs from her house. She notes that with much effort she has been able to set up her business and that it has been growing little by little thanks to her hard work and constant efforts. She describes herself as someone who never lets themselves be defeated, in spite of the daily struggles, and looks for ways to improve herself and provide for her family.
She is asking for this loan to buy goods for her shop, such as drinks, bread, vegetables, fruits and other products in order to continue running her business.
Note: Only one person appears in the photo, however this is a group loan. It was not possible to take a group photo in light of the restrictions due to the Covid-19 pandemic.