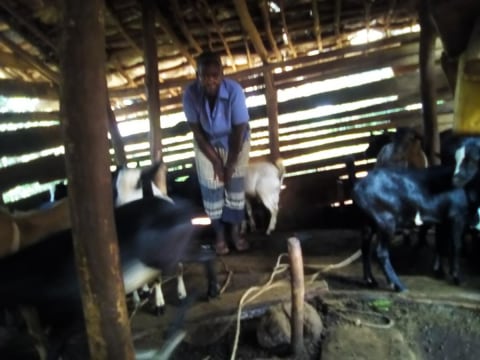 A loan helped to buy more goats to raise and sell later at a profit.

Margret is a hard-working woman living in Kyejojo, Uganda.

She is a farmer who deals in both crop and animal production, where she rears goats on a large scale for selling. She has been in this business for 10 years. She was inspired to start farming after she was given the land by her father.

She loves farming and through the proceeds she has been able to raise school fees for her six children. She now needs money to buy more goats to raise and sell later at a profit.