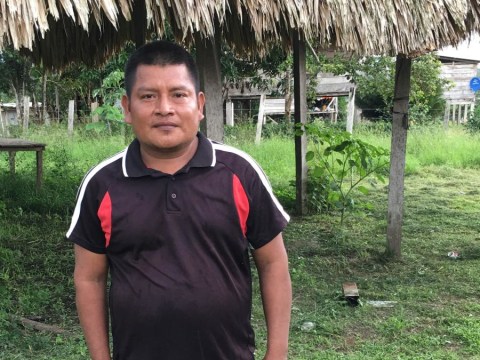 Celso lives in Mach Pobor, located in the indigenous reservation of Embera-Wounaan. It is known for being the second most biodiverse place in the world and inhabited by indigenous groups that have protected their territory for centuries. These regions have been historically excluded from basic financial services. Mach Pobor has no electricity and basic services are limited. The access to this community is by the river on a "Piragua" (wood-made boat), as road access is impossible most of the year.

Celso has learned to farm from an early age. Thanks to agriculture, he has been providing for his family. He has dedicated the last five years to farming plantains, lemons, avocados and coffee. During this time, he has been able to better his processes in each one of his crops, in order to make the most out of the land he cultivates. Mr. Celso has 3 sons, all of whom help him with the farm work.

This loan will allow Mr. Celso to make improvements on his farm, like the sowing of coffee and avocado and land preparation for his plantain and lemon crop. For several years Mr. Celso has been looking for the opportunity to access a loan, in order to make improvements to his land and cultivate, especially during the current pandemic.

Thank you for supporting Mr. Celso and joining Global Brigades and Kiva by providing financial inclusion to indigenous people in Panama.