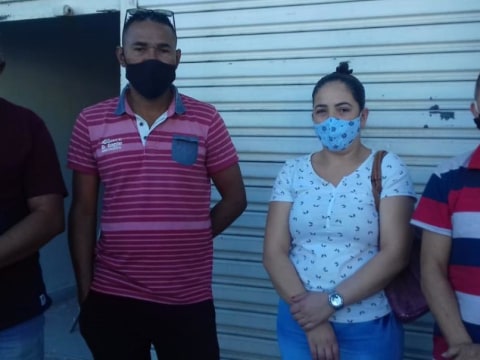 A loan helped to buy drinks in general, water, soft drinks, and juices.

Antonio, the last one in the photo from left to right, is the group leader. He is single and has three daughters, all of whom are independent. He started working for himself thirty years ago: he opened a beverage business in the yard of his rented house, and then he needed to move to a smaller house and rented a space to open a store. With a lot of effort and work he was able to buy his own house. He is well known for his business and has gained many loyal customers, so he decided to innovate by making traditional foods from northeastern Brazil for his customers to order. He has worked a lot to expand his business and dreams of opening a business just for traditional foods. The loan will be to buy drinks in general, water, soft drinks, and juices.