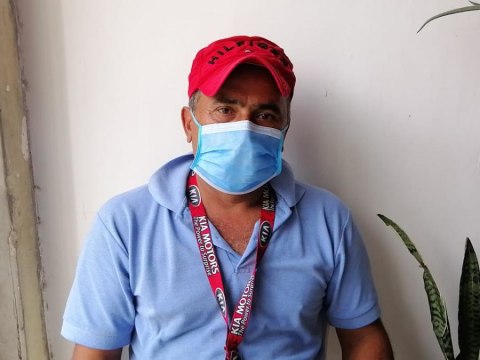 A loan helped to buy tires, a battery, etc.

Wilson Enrique is 49 years old, married and has three children, two of whom are of legal age and a minor, age 17, who attends to school. His wife is a housewife and they live in a house of their own in Manta, a city with beautiful and welcoming beaches.

Wilson Enrique is a professional driver. He has a taxi which is his only work tool and that allows him to transport things and people through different parts of the city, and outside of the city when requested. In this way he is able to support his family. At first, the health crisis was difficult for him because he could not sell his services, but now he is slowly getting ahead, using protective items, after two months of not working.

With this new loan he will buy tires, a battery, etc. His dreams are to see his family with good health and to have a new taxi.