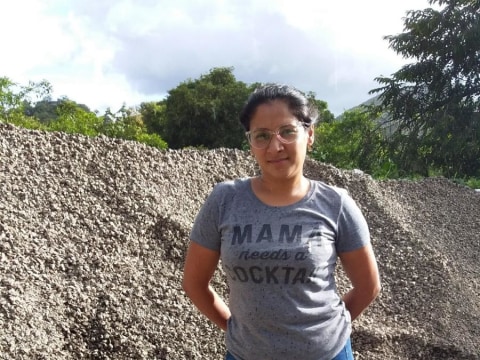 Jessica is considered to be a happy, responsible, honest, and hard-working woman. This businesswoman began in business working in the bakery that she and her sister inherited from their grandmother.

She currently works selling construction materials where, for two consecutive years, she has received total support from her father. She is the single mother of a young child, who has become her greatest and most precious treasure, and it is for him that she fights so that there is nothing lacking in their home.

Jessica is already familiar with the work that is done by Kiva, together with MiCredito, and has much trust in them. With the loan that she received previously, she paid the tuition for her degree.

At this time, Jessica is requesting a new loan to buy sand, blocks, quarry stone and gravel. In the short-term future, she hopes to work in her profession and to set up a hardware store.