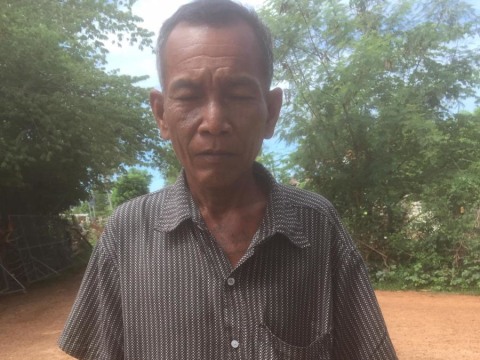 A loan helped to dig a pond.

Phal is 61 years old and living in a small old house located in the Bakan district of Pursat province. Local villagers in this area focus mainly on agricultural business, including crop husbandry, especially rice, raising livestock, and the fishing business.

As others, Phal is one of the farmers who prefer to grow rice to other crops. He has been doing this agribusiness for over 10 years. He is married and has five children. He gives thanks to his hard work and patience, which allow him to raise all his children and send them to school.

Due to his financial shortage, he has applied for a loan in the amount of 7,000,000 KHR to dig a pond. He is hoping that he won’t face a water shortage in the future or won't have to spend much time collecting water from the far-distant areas anymore.

He expresses his thanks to all Kiva lenders for showing their interest in poor people like him to improve sanitation and safe drinking for his household members.