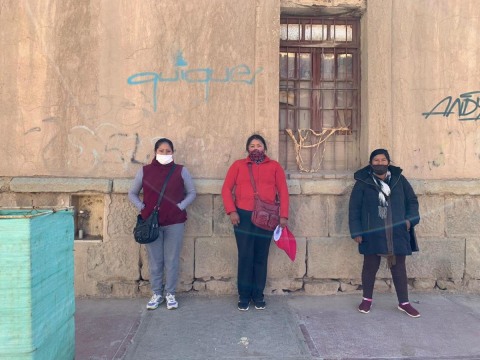 A loan helped to buy groceries to sell.

Deysi says she has had to work since she was young because her family had limited resources. She even had to quit school. When she was young Deysi met her husband in the place she was working. She sold groceries.

Deysi got married when she was 20, and now has two children, one who is 10 and the other who is 2. When Deysi started living with her husband the money the two of them made wasn't enough, as they were only workers in a grocery stand. Years later, when they had some savings, they were able to open their own business. They started delivering bags of pasta, but one day all their merchandise was stolen from their home.

Once again they had nothing, so Deysi went to Pro Mujer to seek a loan. After having sought her first loan she was able to start again. Deysi's dream is to have her own business so that her children lack nothing, and they can live in peace. Please note: In the photo, only those in leadership positions in the group are pictured due to the ongoing pandemic.