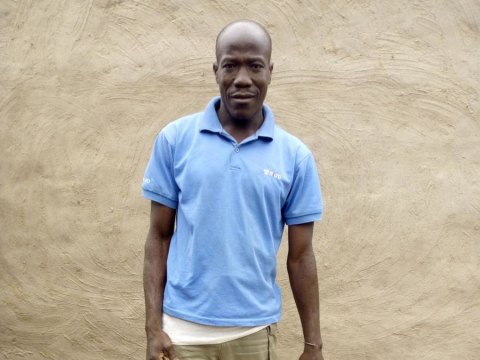 A loan helped to buy animals to resell so he can improve his family's living conditions.

Nianatigui is the person holding the sheep in the photo He is a farmer who raises animals. He is Malian and is 43 years old. He is married and the father of four children. He is literate in the national language. His wife is a homemaker.

Nianatigui stocks up and sells his animals at the weekly markets in his community. His loan from RMCR is for 250,000 XOF. It is his 6th loan from RMCR. Upon selling he can have earnings that vary between 75,000 to 90,000 XOF.

He has done this work for over eight years. His revenue allows him to take care of the medical expenses and clothing for his children, school fees and stabilizing the food security of his family.

He is counting on support consolidated by RMCR so he can improve his living conditions and buy a lot of animals in order to get out of poverty.