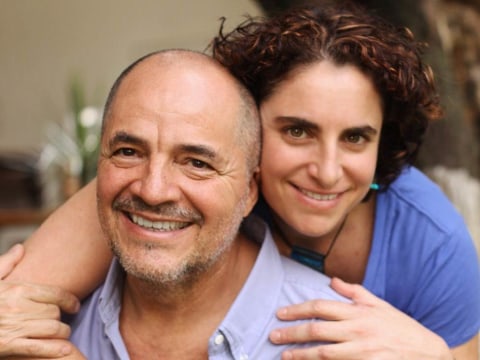 A loan helped to invest in a bulk purchase of silver and glass.

Marco, who works alongside his wife, Debora (pictured at left), is an artisan from Mexico who specializes in dichroic glass jewelry. He would like to invest in a bulk purchase of silver and glass.

Marco has been selling through NOVICA since 2004. This is his story:

Dichroic glass is an ultra-thin coating of metal oxides and quartz, grown as a crystal structure on the surface with a highly technical process. Originally produced for the aerospace industry, it now provides a medium for Debora and Marco's designs. "Our work is the result of considerable research that we carry out together to create a rainbow of colors. They reflect our love of the art and of each other," Debora says.

"We are enormously grateful for your support. During this pandemic, it is a huge relief to be able to count on you."

Use the link below to view Marco's dichroic glass jewelry on the NOVICA site: