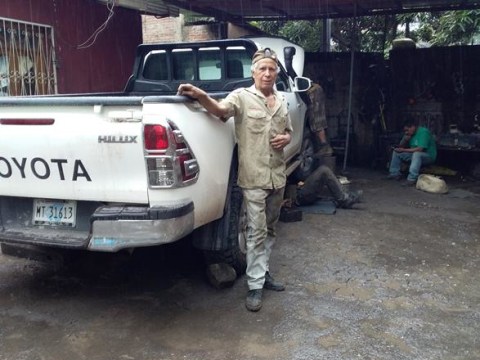 A loan helped to buy sets of keys, oil, a hydraulic crane, and polish.

José, 61, has had an auto repair shop for 12 years and has had his wife's unconditional support during that time. He has a lot of customers because of the quality of the work he and his workers provide.

Thanks to the financing he received from Kiva through MiCrédito on previous occasions, he managed to build a bathroom, which improved his living conditions. Now he's satisfied for having realized one of his goals, so much so that once again he has decided on a Kiva loan through MiCrédito to buy sets of keys, oil, a hydraulic crane, and polish.

José plans to fix up his house much better in the near future.