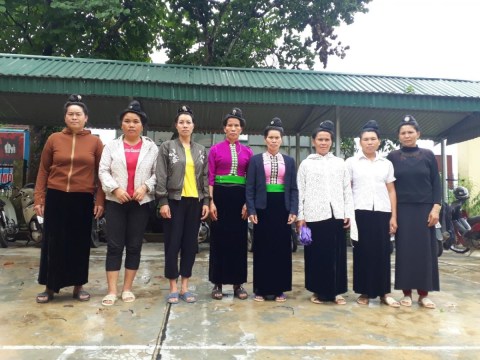 A loan helped to buy fingerlings for raising.

Mrs. Yen is a 50-year-old Thai ethnic woman who is the mother of three children. She lives with her husband and her youngest child in a Thai traditional stilt house in a remote village of Dien Bien province, which is the province in the northwest of Vietnam where agriculture is the main income-generating activity of the locals. Her two other adult children are working in another province far from home.

Like other villagers, Mrs. Yen works very hard at farming and breeding, with several activities, such as growing rice, and raising chickens, ducks and fish.

In order to expand her fish raising business, Mrs. Yen decided to take her tenth loan from the Anh Chi Em program to buy fingerlings because she can see fish as a kind of animal that gets less disease. She hopes that those fish will grow up fast and healthy so that the profits will come and she can use this income to support her third child's education.

Mrs. Yen dreams that she can provide her children with a more abundant life with better living conditions and a better education so that they will have a brighter future.

In the picture, she is standing first from the right.