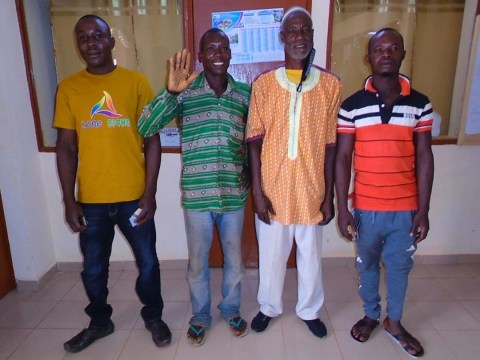 A loan helped to pay for fertilizer and seeds to produce cabbages, onions, and tomatoes to sell.

This group is composed of four members, all men, represented by an official named Seydou. He is married, 44 years old, and the father of four. He works in farming and has been in this business for over six years.

He wants a loan to purchase seeds and fertilizer for producing cabbages, onions, and tomatoes to sell. In addition, his produce is of good quality at reasonable prices. So his business is doing well.

From his sales, he will have a profit enabling him to meet family needs and to continue in his work. Now on his first loan contract at ACFIME, he is committed to respecting the one repayment due date as planned.