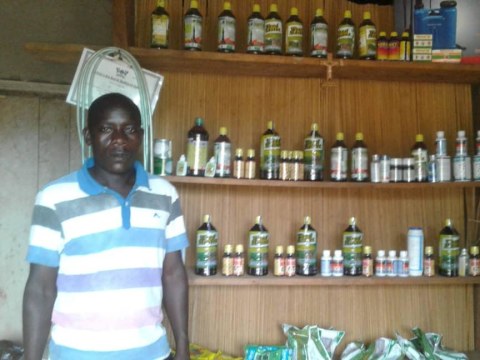 Banabas is requesting a loan facility to buy more farm inputs like pesticides, herbicidies, seeds, watering cans and fertilizers to sell. He is an enterprising man who loves farming especially growing a variety of crops including maize, cassava and matooke. He also owns an Agro input shop which he has operated for the last four years, and he was inspired by the growing population which is mostly involved in farming in his area of residence. He has been doing this business for more than four years, and he testifies how the business is so lucrative. He hopes to grow and expand his business, but untimely changes in seasons has negatively impacted his output.