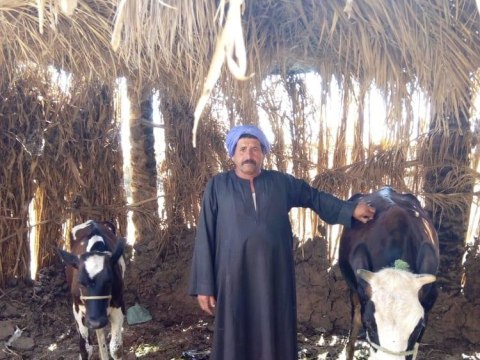 A loan helped to expand his project and buy a heard of cattle and cattle feed for his cattle.

Rabee is 48 years old, married, and has two daughters and two sons. One of his daughters is married, and his wife is a housewife and she helps him in his project. He has a small cattle fattening project. He says he fattens cattle to produce milk and make dairy products like cheese, and butter for domestic use and to sell.

He is now selling small claves in the local market of his village. He wants to expand his project and buy a heard of cattle and cattle feed for his cattle. He will use the profits to help his son in his marriage preparations. He dreams to see his children happy and married and to see his grandchildren grow up in his life.