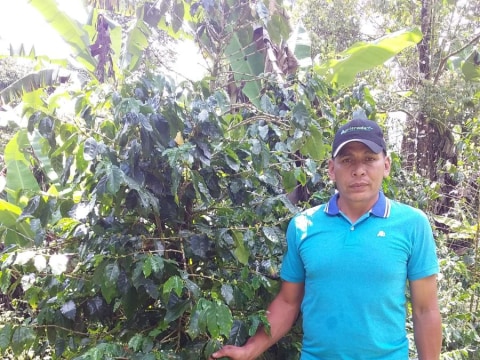 For fifteen years Trinidad has earned his living growing coffee, a job that he learned from his father who used to be a coffee producer and from whom he inherited a parcel of land. Nowadays Trinidad has three blocks of land which he obtained through his own efforts and savings. As a result he also sells plantains and bananas with his wife's support. He is a farmer who really enjoys to work on the land, to listen to birdsong, and of course he likes being the source of employment.

Trinidad has approached MiCrédito and Kiva to buy leaf fertilizer, compost, soil refresher, minerals, and spraying equipment. In the near future his goal is to acquire new land and expand his farm.