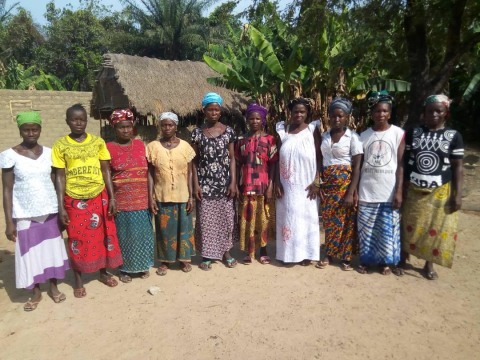 A loan helped to pay for improved seeds, organic inputs, and a tractor rental, which will allow these farmers to escape subsistence by farming a larger area for a higher yield.

Fanta K, first on the left and featured borrower of Fanta K's Female Farmers, would like to sincerely thank all the Kiva lenders for their first and second loans. These loans enabled them to break free from the local lenders who were charging them nearly 100% interest, and as a result, all group members have fully recovered their businesses. The group has also expanded their farming operations and created a support fund for members' children's school fees and stationery costs.

Sierra Leone is currently experiencing a difficult time economically, with rising fuel and imported rice costs due to the COVID19 pandemic causing food shortages in some areas.

The Group would like to take advantage of this and increase their production further as rice prices are on the rise.

Increasing production will greatly enhance members' livelihoods and also increase food access in Sierra Leone at a time when this is badly needed. The Group is therefore asking for a third loan to expand production, grow their businesses, and increase local food security.