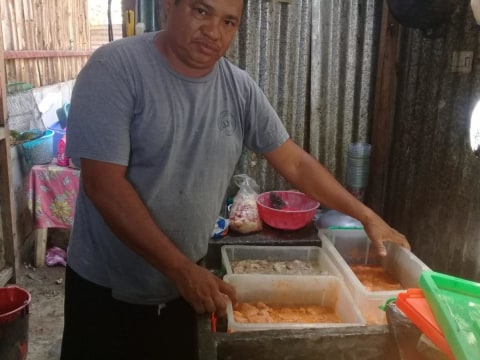 A loan helped to purchase a freezer.

Selling fried food has been Mauricio’s source of income for the past 4 years. He began selling sliced cheese at the traffic circle near his locality, accompanied by his spouse. He is a businessman who gives anything to help his children get ahead, and he feels very grateful to have a father that went through great pains for his well-being.

Mauricio knocked on MiCrédito with Kiva’s doors with faith in obtaining financing to purchase a freezer to store his merchandise and avoid loss. In the near future, Mauricio has the goal of becoming the owner of a busy café, known by locals and foreigners.