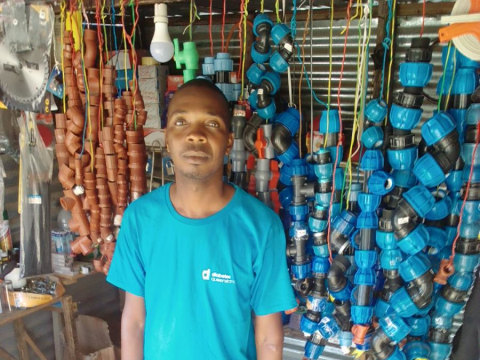 A loan helped to buy and sell electrical and plumbing supplies.

Ismael is 38 years old. He is in a common-law marriage, and lives with his family. He has three children, ages 6, 11, and 15 years old who attend primary school.

He works as a plumber, and he has an establishment where he sells plumbing and electrical supplies every day. He noted that he does not have anyone else under his responsibility.

Ismael plans to buy assorted electrical and plumbing supplies with the loan to sell, increasing the amount of merchandise in his commercial space. This is his second loan. The first one was used for the same business. He says that his dream is still to expand to other areas.