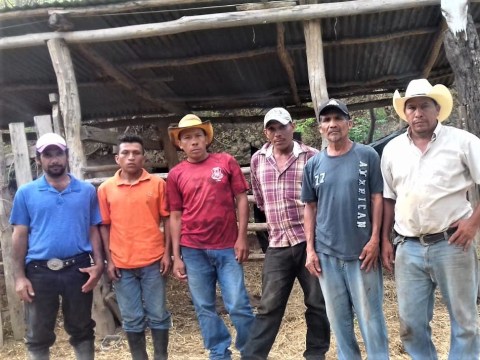 Jose is 46 years old. He is a father of three children. He has made a living farming and raising cattle for 26 years.

He has support from his children who help him do his farm work. He farms basic grains (beans, maize, sorghum).

He is very well known where he lives as a very honest and responsible person.

He has more than three manzanas [about 5.2 acres] of agricultural land where he plants crops. He has an average production of about 1,200 pounds of beans, and about 20,000 pounds of maize and sorghum. These are two optimal yields.

He is seeking a credit with Fundenuse with Kiva funds for the purchase of materials for the first agricultural cycle.