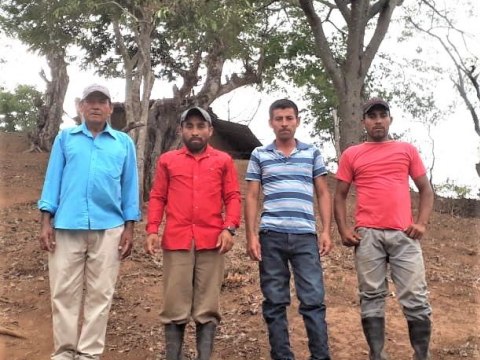 39-year old José has earned his living as a farmer growing basic grains for 28 years. In addition, to pay for daily expenses he works as a farm labourer on a daily basis. As a child he used to work with his father, and when he turned 15, his father gave him a manzana of land (approximately 7000 m2) so he could begin to work independently as he had only reached grade 3 at school. Now he works on the land growing two harvests of maize and beans on his seven manzanas.

José is seeking a loan with Fundenuse through Kiva to grow two manzanas of beans and one manzana of maize. He needs to buy agricultural supplies and rent one manzana of land. He hopes to have a good winter since his family's livelihood depends on it.

In the next few years José's plans are to have good harvests so he can repair his home which is in a poor state. He belongs to the group Los Principiantes del Varilla along with Santos, Javier, and Toribio.