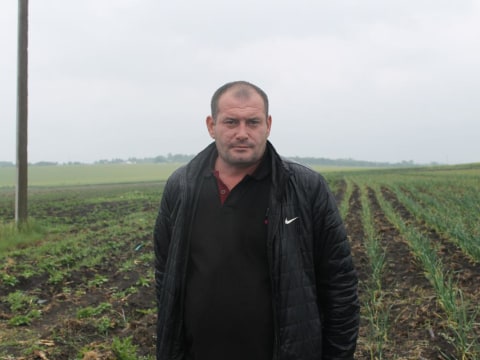 A loan helped to purchase potato seeds to plant so he will be able to support paying for his father's medical treatment.

Ghenadii is 40 years old and unmarried. He lives with his parents who deal in agriculture.

Because his father is ill, Ghenadii took over the family business to help his parents. On the agricultural land he inherited from them, Ghenadii plants potatoes every year that later are sold at the marketplace. But at the moment, he does not have the necessary resources to buy potato seeds, because all the savings has been invested in the expensive treatment for his father.

After learning about Kiva loans, Ghenadii decided to ask for help. The lack of potato seeds would lead to a lack of crop in the next season and a decrease in the family budget. Buying potato seeds on time will allow Ghenadii to have a rich crop for the next season, and thus, he will have the possibility to continue to pay for his father's treatment.