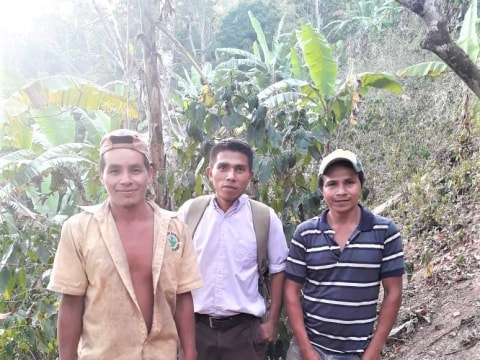 Luis, 38, is the father of a son. He has worked in agriculture and carpentry for 15 years.

When he graduated from high school, his father gave him a plot of land with two manzanas of coffee as a graduation gift. The land was in bad condition because his father had cash-flow problems and wasn't able to tend to it. With his own effort working as a day laborer, Luis invested part of his earnings on the farm until it had improved, and now he produces an average of 20 loads per manzana. This income helps him cover his family expenses, and part on management.

He has also been supported with loans that he has invested very well and he has seen the fruit of his labor, which motivates him to keep on striving.

He's requesting a loan from FUNDENUSE with Kiva funds to buy wood and agricultural inputs to maintain his coffee.

He belongs to the El Sapote Samarkanda solidarity group with Denis and Alvaro.