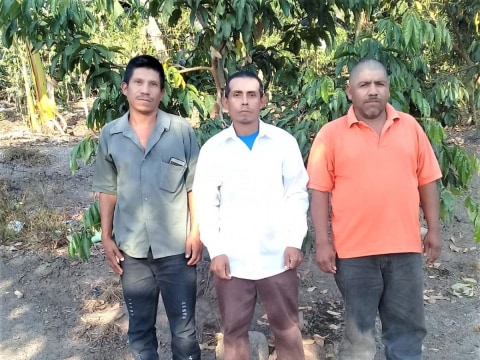 A loan helped to buy compost, fertilizers, herbicides, insecticides and to pay the land lease.

José, a farmer, is 42 years old and married.

From an early age he has worked in agriculture since his parents work in the same activity. He has struggled day after day to get ahead and thus be able to provide food for his family. Through his own efforts he grows the basic grains of corn and beans. He does not have his own land to farm, so he rents the land each growing cycle. However, he does have a small plot where he has his humble wooden house and in which he lives with his wife and his three children.

He is requesting a Kiva funded Fundenuse loan to pay the land lease and to buy agricultural inputs to establish his basic grains crops.

He belongs to the La Siembra solidarity group together with Pedro and Marvin. His future plans are to be able to buy his own land suitable for farming and to improve his house.