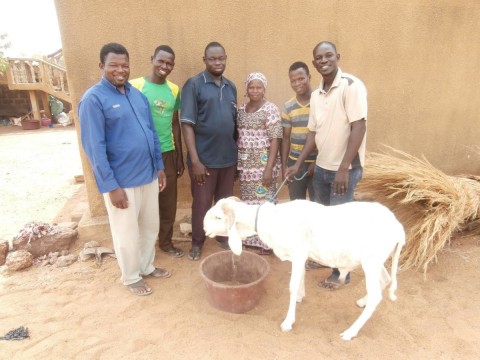 A loan helped to buy sheep for resale.

Sounkary is the one who is holding the cord of the sheep in the photo of the group. 33 years old, he is married and the father of one child, aged two. He has been raising animals for more than five years. He buys animals at the market in San. He feeds them and then resells them at the same market. The difficulties he faces are, among others, the feed and care of his livestock. He turned to an RMCR loan to increase the size of his capital and to address these problems. In his animal raising activity and the retail sales he earns a monthly income of 30,000 Francs CFA.