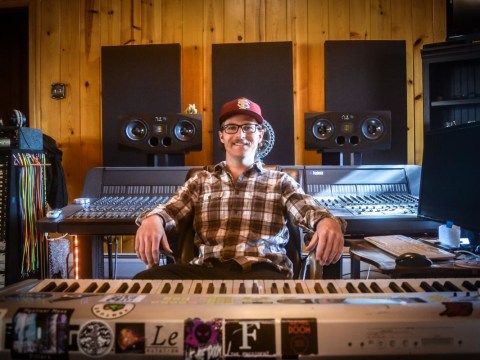 A loan helped keep my business going and the music flowing through the COVID19 economic crisis.

My name is Glenn and I’m a music producer that owns and operates The Spot Studios in Evergreen, CO. I was born and raised in Tallahassee, FL and I’ve been playing music for most of my life. The Spot Studios is something that I’ve been working towards for almost as long. I earned a Bachelor's Degree in music at FSU. At that time I thought that I wanted to be in a band and I moved to Colorado in the hopes that I would find like minded individuals while also enjoying myself on the slopes. Immediately prior to my move I tore my ACL and was unable to ski until the last week of the season. This was a bummer but it was also an important time for me as I spent the winter holed up in my apartment learning about recording. I’ll be honest that my skills at that point were barely amateurish and the recordings I made were, and are, nothing short of embarrassing. It got me thinking though and after moving back to Florida I decided to pursue an associates degree in the recording arts from Full Sail University. I then went on to earn a I decided to return to Full Sail for a Masters in Business Entertainment which was another very important step for me. Up until this point I always thought of business as the enemy when it came to art, but I realized that business could actually set me free. Rather than doing another job all day to be able to come home and work on music, business acumen would allow me to do nothing but music. I went on to gain more experience in the industry which led to me starting my own business. This past June we celebrated our 6th year of business and I was able to purchase a home in Evergreen, CO where I now operate the studio. The Spot is my heart and soul and means everything to me. It’s been a long journey fueled by blood, sweat, and tears but I wouldn’t trade it for the world. I’m eager to continue to grow as both a musician and producer, and also as a businessman, and I foresee myself continuing on this path until the road runs out.