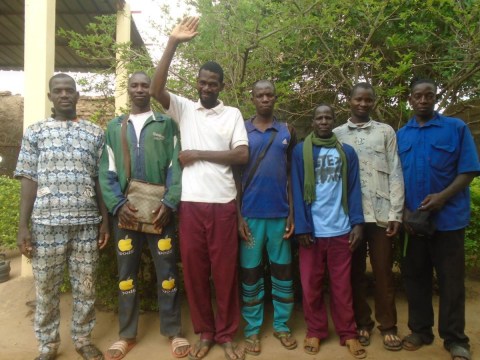 A loan helped to buy some animals to resell in order to support his business.

Mambe is the one with the raised hand. He is a 43-year-old Malian livestock farmer. He is the father of five children between the ages of two and 19, four of whom are in school and another who is not old enough to go to school.

His wife takes care of the home, and sometimes she helps her husband with the maintenance of the oxen by giving them food and drink. He encountered financial problems in running his livestock farming business, which is why he called on RMCR for financial support through the KIVA program. He did so in order to buy more oxen and cattle feed. His supply is found in local markets, and after having properly looked after his oxen, he sells them in the same places. He makes a considerable profit which varies between 25,000 to 50,000 FCFA.