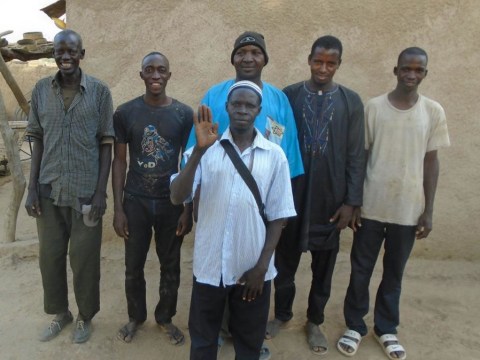 Gnogondeme Group's loan finished fundraising, but these other borrowers need your support

A loan helped to buy sheep to resell in order to take care of his family.

The one with the raised hand in front of him is called Bakary. He is a 45-year-old illiterate Malian farmer, married to a housewife and father of five.
He is a breeder-trader of sheep, his business consists in buying sheep at the local fairs and reselling them at other fairs. Sometimes he can have at least 5000 FCFA per head in a week. Thanks to this business, he manages to make enough financially to cover the expenses of his family.
He has been in this business about four years; the difficulties he encounters are the lack of financing funds which is why he is requesting a loan in order to expand his business and to be a large sheep merchant. Bakary wants to give his children a good education for their future and that his family lacks nothing.