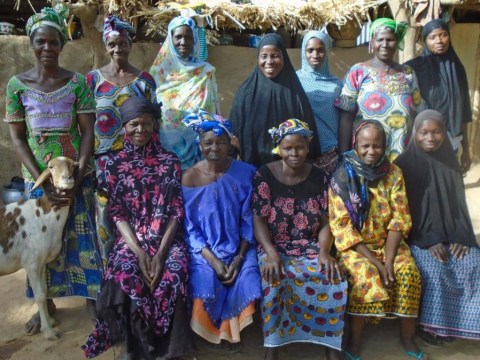 A loan helped to buy sheep for resale in order to take care of her children's education.

Dongui is the woman holding the sheep. She is forty-six years old and from Mali. She is literate, married and the mother of six children. She has five sons and one daughter. Four of her children attend school and the other two are not yet old enough.

She has been raising sheep for more than ten years. She buys sheep at the local market and raises them for eight to ten months and then resells them at the same market. She can make a profit of 50,000 West African CFA francs per head after ten months of work. To increase her turnover in order to have more profit, she is seeking a loan from RMCR. She has not had any difficulties with her business for now.

Her dream is to be able to cover her children's school fees so they can study and find good jobs in the future.