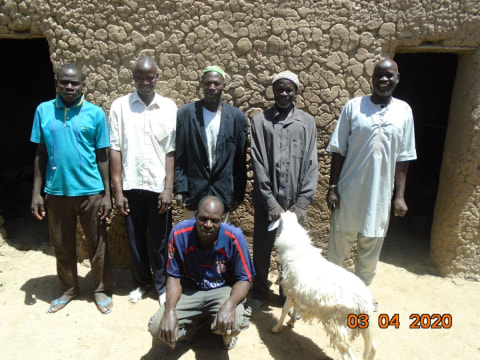 A loan helped to buy animals and resell them to support his family.

Zeny is the one with the sheep's horn in his hand in the picture. He is an ambitious Malian farmer and is 57 years old. He is married to two women and father of nine children, four of which attend school. His wives are housewives.

He raises sheep. He buys and sells his animals in the weekly markets of his area. The livestock business is profitable for him because it allows him to cover the costs of care and schooling of his children. After the sale, he can have a profit of 25 000 F to 80 000 F over eight months. However, he is often confronted with animal diseases.

His dream is to improve his business and the living conditions of his children.