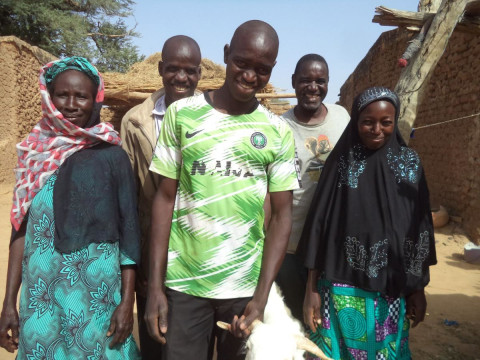 Ci1Prt202000050 Group's loan finished fundraising, but these other borrowers need your support

A loan helped to buy rams to resell in order to provide for the needs of his children.

Mamadou is the one holding the ram's horn in the photo. He is 33 years old, married to a woman, and father of seven children, including three boys and four girls. The youngest child is one year old and the oldest is 13. Among these children, two boys and two girls attend school.

Mamadou has been farming sheep and cattle for more than 13 years. He buys and sells at local fairs. He loves his job, and after three months he can earn 30,000 XOF profit on each ox. He is illiterate, but he cares a lot about the success of his children.