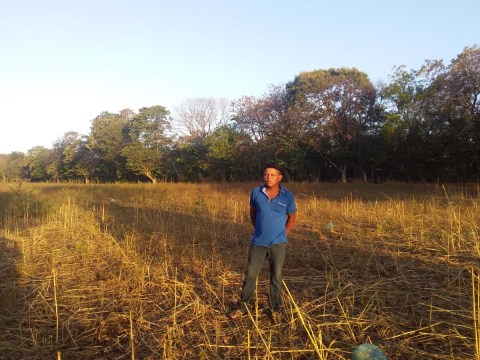 A loan helped to purchase soil amendments, a machete, watering cans and fertilizers.

For 31-year-old Jorge, working the land is his greatest passion. He has devoted himself to growing cassava and corn on his family's land since he was a child, motivated by his only son who is currently studying. His father helps him produce every crop of these basic grains and later sell them in the communities neighboring his farm. Without a doubt, Jorge is the pride of his family because he fights for his endeavors.

In order to continue producing the best cassava and corn in his community, Jorge is applying for a loan from MiCrédito along with Kiva to purchase soil amendments, a machete, watering cans and fertilizers. In the not too distant future, he wants to make improvements to his house with the profits from his crops.