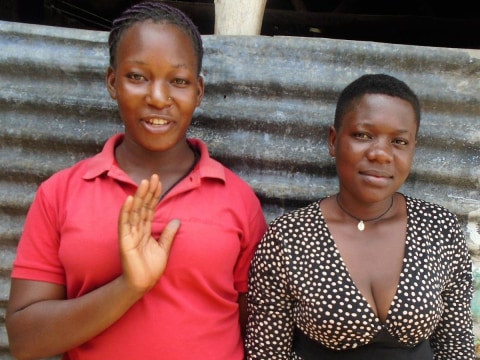 Esther Suzan's group is comprised of two hard working women. Esther Suzan is 22 years old and lives in the town of Wobulenzi in the Luweero region of Uganda. She is single and has one child who is currently in school. For the past three years, Esther Suzan has been working hard to manage her beauty salon, which offers services like plaiting of braids and weaves.

To help expand her business, Esther Suzan has requested a share of 2,500,000 Ugandan Shillings from BRAC Uganda. The loan will be used to purchase more braids, weaves and hair oil, and will help Esther Suzan to generate greater profits. Since Esther Suzan is a single mother, she will use the profits of the business to pay school fees for her child, buy herself and the children personal items like clothes, pay house bills and provide basic needs for the family like food, thereby improving on their standards of living. Esther Suzan hopes that in the future she will be able to start rearing pigs in order to generate more income.

Esther Suzan is a member of BRAC's Empowerment and Livelihood for Adolescents (ELA) program. In addition to microfinance loans, the program provides both a safe place for young Ugandan women to take part in group activities, and a forum for life-skills training.