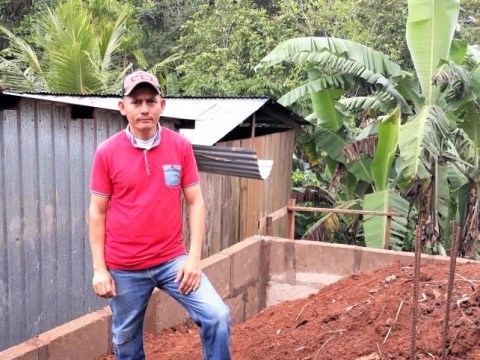 Joel's loan finished fundraising, but these other borrowers need your support

Joel is 35 years old, the father of a child, and a merchant. He has worked making and selling dairy sorbets for eighteen years. He lives in his father's house but has purchased a plot of land where he is building his own house.

He has a cart with which he sells the sorbets. He began in this work as an employee and eight years ago he motivated himself to work for himself based on the experience he had gotten. His father gave him the cart and the supplies to start and, to date, he has supported his spouse and child with this business.

He asks Fundenuse for a loan with Kiva funds to build a VIP toilet and to build the house. His next goal is to install a ceramic floor in his house and his future plans are to improve and outfit his house well once he has finished building it.