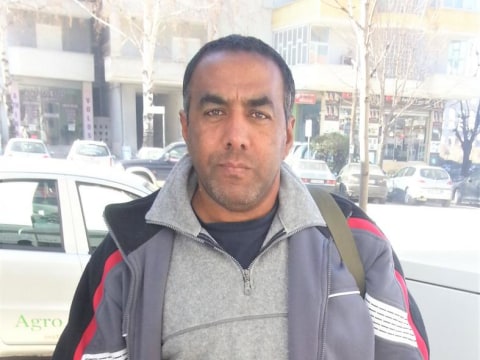 A loan helped to help a member of the vulnerable Roma community to continue his used-clothing selling activity so he will be able to keep providing for his family.

Ladi is a 44-year-old member of the vulnerable Roma community. He is married and the father of two teenage children. He sells used clothes to make a living for his family. He buys them in Greece and then resells them among the Korca City vendors of used clothes.

His wife and children live in Greece, while his mother lives in a small apartment in Korca City. Ladi stays mostly in Korca, because his mother has health problems and he is taking care of her. Indeed, he had to spend all his savings on hospital bills for his mother and now doesn't have enough money to stock up on inventory for his business.

Ladi is hoping that Kiva lenders will support him so he can continue his work and provide for his family.