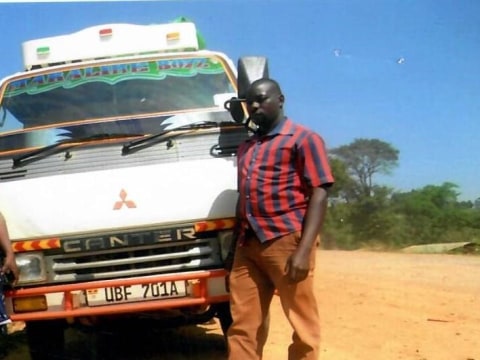 A loan helped to buy new spare parts and to service the vehicle.

Yosia is a 42-year-old Ugandan male. He is from Karalike in the Kagadi district. He is married and has six children, with five of them in school.

Yosia is a very hard-working and committed businessman who works in the transport business. He is always faced with a challenge of impassable soggy roads during heavy downpours, and this becomes detrimental to his business because it hampers his daily cash flow. However, he has other sources of income. As a secondary source, he also trades produce.

These income-generating activities have improved the general well-being of Yosia's family and enabled him to meet most of their basic requirements, including to educate his children.

Yosia is a first time borrower with UGAFODE and has requested a credit facility of UGX 4,000,000 to use as working capital for his business. Specifically, to buy motor spare parts and also maintain and service the vehicle.