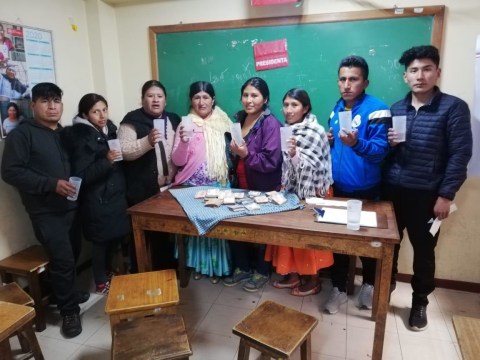 A loan helped to purchase underwear in bulk.

The Catari communal bank, as part of the Agencia Villa Adela, is made up of eight members and is led by officers, of whom Dania is the president.

Dania is single and has three children. She has a business selling underwear. With her loan, she will purchase underwear in bulk, which she will get from the wholesalers in the city of La Paz. Later, she will sell them at her sales point.

This type of work allows her to generate resources to support her family financially. Her aspiration is to expand her business. Dania asks that you be able to trust in her communal bank again.