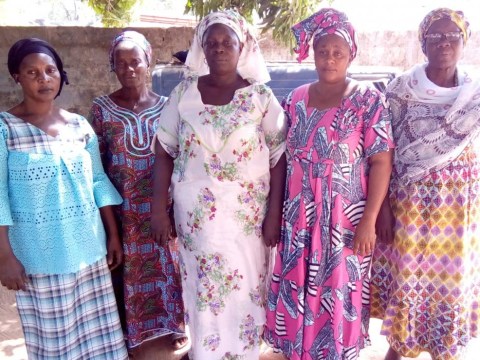 A loan helped to buy merchandise.

This group is composed of six women who live in the same area. They joined the women's group when it was set up in February 2001. They mainly work in the trade of various products.

Agnes, who is at the far right of the photo with her hand raised, is the group's representative. She is widowed, 71 years old, and mother of seven children including five boys in school.

She has been developing in the trade of lemon juice and fruit juice for several years. With this loan she plans to increase her amount of supplies, which she will sell at the market in her neighbourhood.

The profits will enable her to take care of daily expenses but also go towards the education and health of her children.