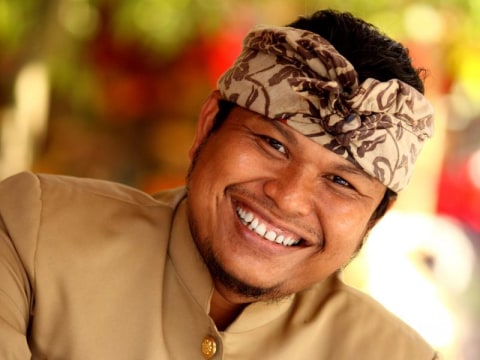 Buana's loan finished fundraising, but these other borrowers need your support

A loan helped to invest in a bulk purchase of silver and gemstones.

Buana is an artisan from Indonesia who specializes in handmade jewelry. He would like to invest in a bulk purchase of silver and gemstones.

Selling through Novica since 2006, this is his story. "Most of my silver jewelry is influenced by Balinese traditional culture, and also the nature in Bali. When I got an award from Novica as the best-selling artisan in Novica Bali, that motivated me to make better products every time.

"Some 13 years have past since joining Novica; a lot has changed in my life. My production is now faster, because I have added more tools, and that makes all things easier. I own a house which my family and I live in. And that has happened because my income increased significantly when I joined Novica. Joining Novica was a life-changing step that I made. One thing I can do to repay that is to give Novica customers my best products.

"With a humble heart, I thank all of you who help fund this loan. I will use these funds to acquire the materials I need to build up my inventory. May God bless all of you."

Use the link below to view Buana's handmade jewelry on the Novica site:
http://www.novica.com/kiva/5503/