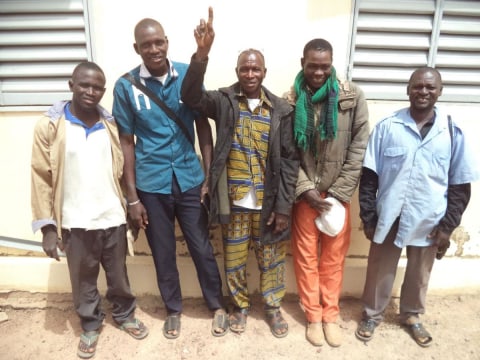 Nietaga Group's loan finished fundraising, but these other borrowers need your support

A loan helped to buy animals to resell in order to reduce poverty.

Lassina is the one with his hand up on the photo. He is a RMCR's customer. He is a 51-year-old Malian, married and father of seven children, four of whom are in school. His wife is a housewife. All of his animals were wandering, which is why there are no animals on the photo.
He raises oxen for business. He buys and sells his animals at weekly fairs in his area.
The breeding activity is profitable for him because it allows him to cover the costs of care and schooling of his children.
After the sale, he can have a profit of 25,000 XOF to 50,000 XOF per head per semester. But he is often faced with diseases and animal deaths despite veterinary care.
His dream is to build a large animal enclosure to improve his activity and eradicate his poverty in order to be self-sufficient.