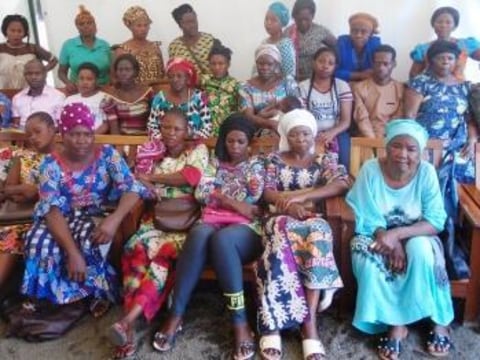 A loan helped to stock up on beverages, such as Primus, Fanta,and Castel in order to bolster her initial capital.

Ms. Therese is a client of the microfinance institution HEKIMA and presides over the 'banc villageois' named “BARAKA OFFICE”; She is 50, married, and the mother of five children of whom three are in school, and two are on their own. Her partner is a merchant.

A vendor of beverages at a warehouse, she began her enterprise in 2001 with startup funding from her husband. Later on, she joined the Hekima program to support her enterprise and has since been progressing along.

With this new loan, she will stock up on beverages, including 10 cases of Primus, 10 cases of Fanta, and 10 cases of Castel and thus will bolster her initial capital. The challenge has to do with a lack of customers.

She would like her children to attend school. And she would also like to feed her family. So, she would like to thank Hekima and its partners for supporting business owners lacking cash.