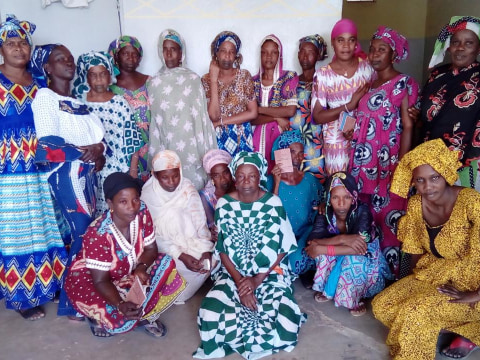 A loan helped to buy sheep and goats.

This group includes 21 women who share strong ties of solidarity and mutual aid. They live in the same area and took the opportunity to join the banc villageois when it was created in December 2017. Their main activity is fattening animals.

Madame Diégane (standing on the far right of the photo with her hand raised), is the group’s representative. She is 60 years old, married, and has four children, one of whom is a boy. She fattens animals. She is experienced in this activity, which she has practiced for many years.