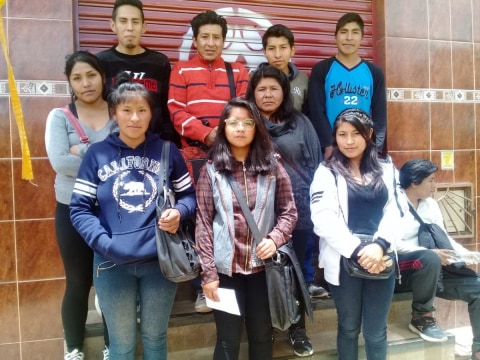 Abejitas Obrera Group's loan finished fundraising, but these other borrowers need your support

A loan helped to buy raw material for tarts.

Starting at an early age Nelly worked at everything she could because she has several siblings, and her mother did not manage to support all of them. She sold soft drinks in an itinerant manner on the street. After some time she met her life partner, the father of her children. He is a construction worker. This way she was not left behind, and she started to help him so that they both were able to do the jobs. Nelly learned a lot about this line of work. She later got other jobs doing fine work where she did them by herself.

Time passed, and when her daughters were younger she separated from her life partner because of infidelity problems. Therefore, she had to be mother and father for her two daughters. She continued working in construction in order to support them. However, seeing that this is strenuous work, she decided to start another business. She saved for a small oven, and she set up her pastry business because as her daughters grew the expenses increased.

Nelly now wants to expand her business with a loan to be able to cover all of her daughters' expenses in order to get ahead and to have her own house.