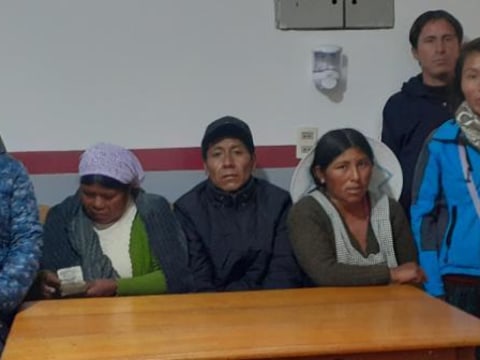 A loan helped to grow her food business.

Señora Rosenda has suffered since she was a little girl. She didn't have food in her home. There were four people in her family. Her mother and father traveled to the valley to care for their llamas and got lost for three or four weeks. During that time, they begged food from their neighbors, who gave them a little of what they had left over.

When she turned fifteen, Rosenda went to the city to work as a live-in domestic. They didn't pay her for more than three months, and they took advantage of her, having her work from 6:00am to 11:00pm. Things continued like that for two years.

After so much exploitation, Rosenda decided to quit. She returned to her town and found that her father had passed away due to health problems. Her siblings were very bad off financially; they didn't even have money to feed themselves. Rosenda decided to stay in her town so she could help her family.

At 22 years old, she met the man who is now her husband. He also had little money and only occasional work. Seeing the necessity, Rosenda decided to open a small food business, which now needs more capital. Rosenda doesn't have enough money to meet her family's expenses, and she doesn't want to live through the same problems she lived through as a child.