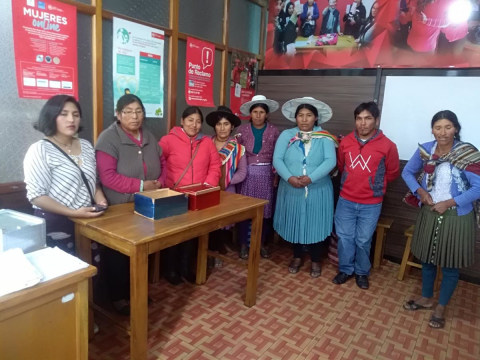 Juan is 39 years old, single, has three children (two daughters and a son), and is a construction worker. He learned the trade when he was very young. Since he was 8 years old, he worked with his father. When his father died, Juan started to work alone. Now that his son is 6 years old, he wants to teach him the trade.

Juan gets up early, feeds himself, and goes to work at eight in the morning. Then, before starting to work, as a tradition, he chews coca. He does this so he doesn't get tired or get hungry until it's time to stop working at 9 pm.

Juan wants to invest the money in the purchase of work tools, such as a bucket, wheelbarrow, shovel, pickaxe, and grinder, so his work will be more efficient and better quality.

His groupmates in the communal bank are mostly women, so they sometimes tease him, but since they are all his neighbors and friends, Juan feels at ease.

His goals regarding the business are to be a better construction worker, so people seek him, and to be the highest-paid construction worker in the city. Regarding his family and children, he has a lot which he wants to start building on to have a house.