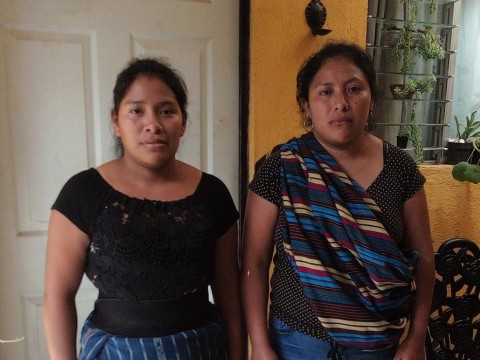 Santa Ana Group's loan finished fundraising, but these other borrowers need your support

A loan helped to buy children’s shoes and lingerie.

The two women in the group Santa Ana live in Aldea Santa Ana, Antigua Guatemala, Sacatepéquez, Guatemala. They are both married with three children either in school or too young to be in school. One has a business selling new clothing. The other has two locations from which she sells tortillas. They are starting their first cycle with the Namaste Creating Prosperity Program. They came to the program based on the advice of a friend who has been in a Namaste group. They are eager for the financial literacy classes and for the advice they will receive from a personal business advisor. They want to increase their profits and learn to better manage their businesses.

Blanca Elizabeth is 34, married, with two years of middle school. She has two children in school and a one year old. For four years she has been selling new clothing, shoes and gift items from a small shop she rents on the main street of Santa Ana. She started very small and has gradually increased her stock. Now she wants to learn everything she can to help improve her sales. She will use her loan to buy children’s shoes and lingerie, two items she doesn’t currently sell. Her goal is to eventually have a better stocked store and a stable business that will do more to support her family.

Pictured from left to right: Maritza and Blanca.