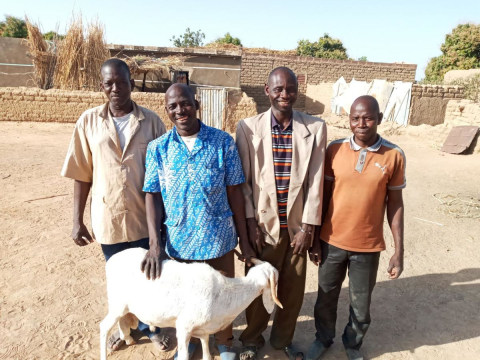 A loan helped to buy animals for resale in order to support his children's needs.

Chaka, 45, is the one holding the ram's horn in the photo. He is married — his wives are homemakers and he is a father of seven children aged 2 to 15 years. Four of his children go to school and Chaka himself is not educated.

Chaka has been doing this business of sheep breeding for more than 11 years. He stocks up from the surrounding markets. After his sales, his profits can vary between 45,000 to 75,000 CFA francs. With the profits, he succeeds in supporting his family's needs — such as health, clothes, food and his children's education.

He would like to have more money in the future to ensure his children's well-being.