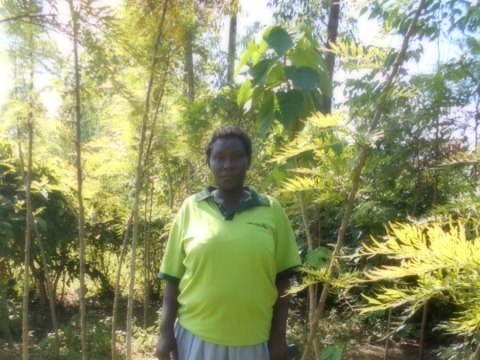 Naomi's Group's loan finished fundraising, but these other borrowers need your support

Naomi, pictured above, has been a farmer for eight years and is now proud to represent her group of eight farmers in Kakamega B (North) district. She is 36 years old, is married and has four children.

She likes to think of herself as a very resourceful person. Naomi has been working alongside One Acre Fund since 2016 and decided to represent her group because she wanted to spread the story of One Acre Fund farmers. She says that being part of the One Acre Fund community has meant that she has had a healthier life due to better nutrition. Naomi plans to use the profits from this coming season to send her children to school.

In total, Naomi’s Group will receive inputs to cultivate 3.25 acres of land. With this loan, the group will also receive one solar light.