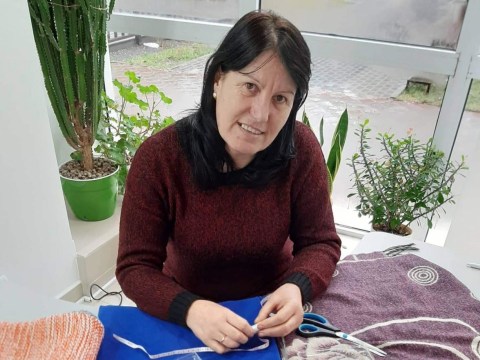 Tamara's loan finished fundraising, but these other borrowers need your support

A loan helped to buy a new sewing machine to create more clothes.

Tamara is a 52-year-old woman from the village of Busila in the Ungheni region of Moldova. She is married and has three children, two sons and a daughter. Tamara lives with her husband, who deals in construction. She cares for an old lady in the village and is happy to have a source of income.

To create her own clothes, Tamara wants to buy a new sewing machine because the current one, which was her mother's, does not allow her to fulfill the high volume of demand. However, she does not have enough money, so she decided to ask a loan from Kiva. As a result, she will be able to offer her child the possibility of developing her enjoyable occupation and realizing her dream.