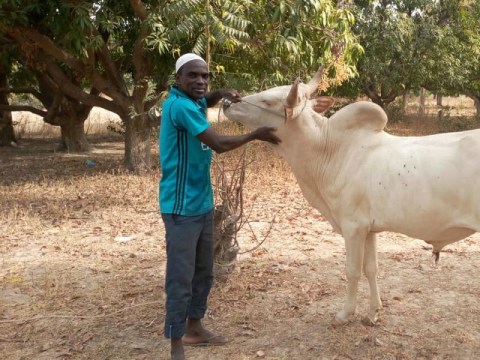 Issa's loan finished fundraising, but these other borrowers need your support

A loan helped to buy two cows and six sacks of cattle feed, and to save for his children's education.

Issa is married and the father of five children, four of whom go to school, and he has another person in his care. He has raised animals for 10 years in a village not far from the capital. He is on his fourth loan with the Yikri microfinance institution and paid back his first Kiva loan without difficulty. He is requesting a new loan to buy two cows and six sacks of cattle feed. He counts on using his profits to reinvest in his business and to save for his children’s education.